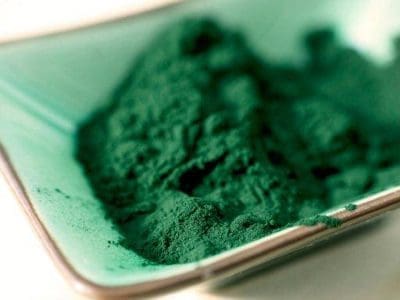 Spirulina is a single-celled, freshwater-growing, blue-green algae that gets its name from is spiraling helical shape.  Its blue-green color comes from chlorophyll (green) and phycocyanin (blue). Representing the beginning of the food chain, this little organism is a nutritional powerhouse. Historically, it has been the primary protein source for many ancient civilizations, most notably the Aztec of Mexico City and those near Lake Chad in Africa. This superfood is packed with protein!

Eat Low on the Food Chain

Eating lower on the food chain is good for your body and the planet.  With as much iron as red meat and triple the protein, spirulina is an amazing healthy alternative to animal protein.  Then consider that most of the animal protein you eat isn’t absorbed because most of it gets damaged when cooked.  Spirulina is raw and easily taken up by the body without having to work very hard digesting it.  Because it is low on the food chain it also doesn’t bio-accumulate toxins like animal protein.

Spirulina uses a fraction of the precious resources as raising animals for food. It doesn’t deplete topsoil either. In contrast, 1kg of beef protein causes 145kg of topsoil loss on average.  Water usage is much lower also. Spirulina uses about 6 gallons of water for 10g of the protein. Cow’s milk uses 65 gallons, an egg uses 136 gallons, and beef uses 1,303 gallons for the same 10g serving.  This is just an example of how much you can help our planet by switching to a plant-based diet or at least cutting back on animal protein as much as you can.

Adding algae to your diet is definitely worth it.  Inexpensive (relatively), packed with protein and nutrients, easy to absorb and environmentally friendly. We add the highest-grade spirulina along with its cousin, chlorella, to Zenberry Greens, Holy Frappe and Vanilla Chai to compliment our other plant proteins and add to the nutritional power of our smoothies.

Read about another superfood in Zenberry, Cacao.

Get a subscription and Save 20%
Cancel at any time.

More from the Blog 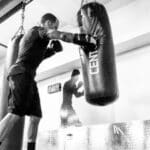 How to Spice Up Your Cardio 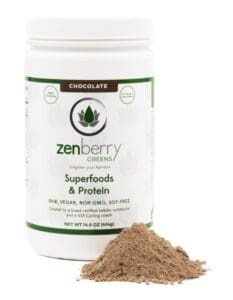 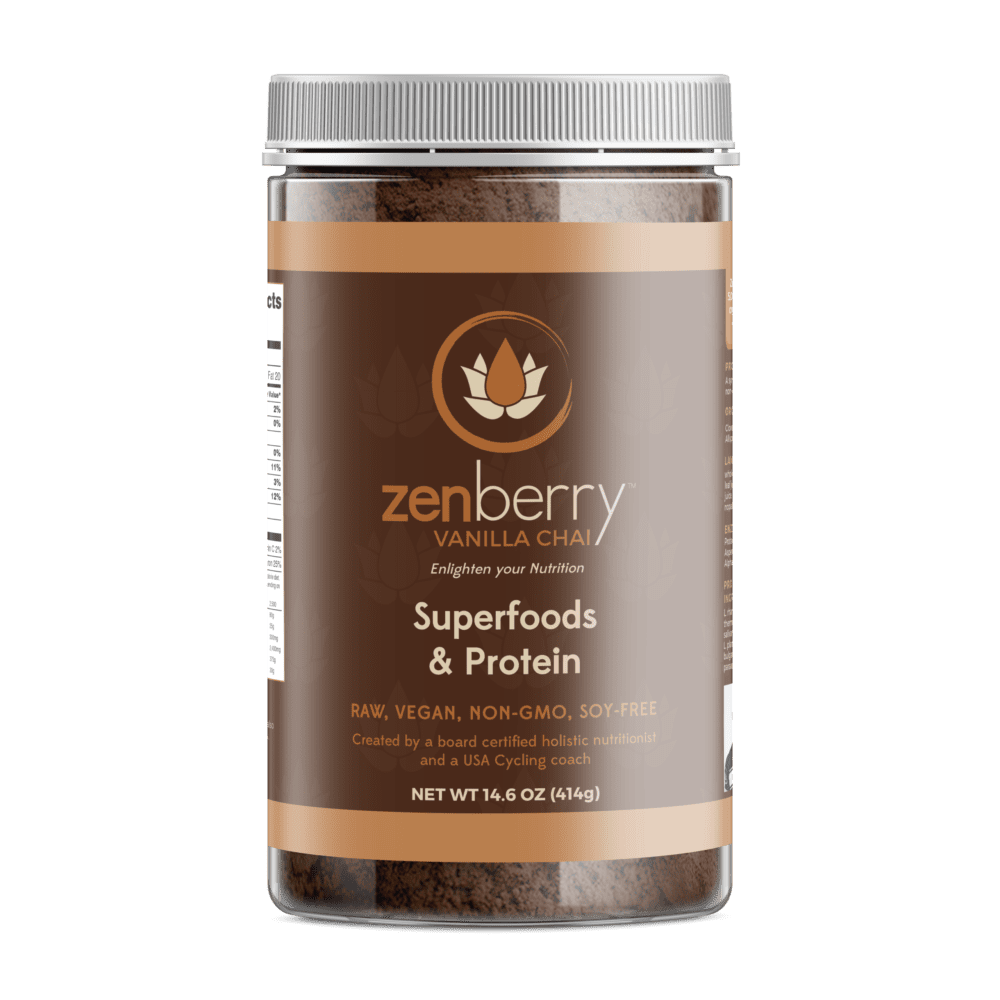